So my trip to the UK got off to a rocky start. Jet-lag is a given when arriving from western Canada, but when the airline doesn't deliver your bags the exhaustion seems to increase. My bag did eventually arrive, but five days later. In the meantime, I bought a few items to tie me over, particularly for a weekend of birding in Norfolk. Good friend Simon Buckingham, whom I've now shared a few birding trips with, kindly offered to take me to Norfolk for the weekend of December 20-21 in search of a few lifers. The following is an approximate account of where we went and what we saw.

I departed Oxford early on the 20th to meet Simon at his home just outside west London. It was a nice morning, but breezy and cool...hot coffee from Costa's was very welcome. A little after sunrise Simon and I departed for a relatively long (about 1.5 hours) drive to Norfolk. Along the way we spotted common birds such as Common Wood-Pigeon, European Blackbird, and Carrion Crow. We also saw a few Ring-necked Pheasant's, which throughout the weekend became quite ubiquitous. Our first stop was near the village of Welney where I was soon shown my first lifer for the trip, Whopper Swan. Among the group of birds were several Bewick's Swan's, a subspecies of Tundra Swan. We also saw several Red-legged Partridge, but with not for lack of trying, could not locate Gray Partridge. Some other interesting birds, as far as I was concerned as a visitor from Canada, included Eurasian Kestrel, Little Egret, Rook, and Northern Lapwing. 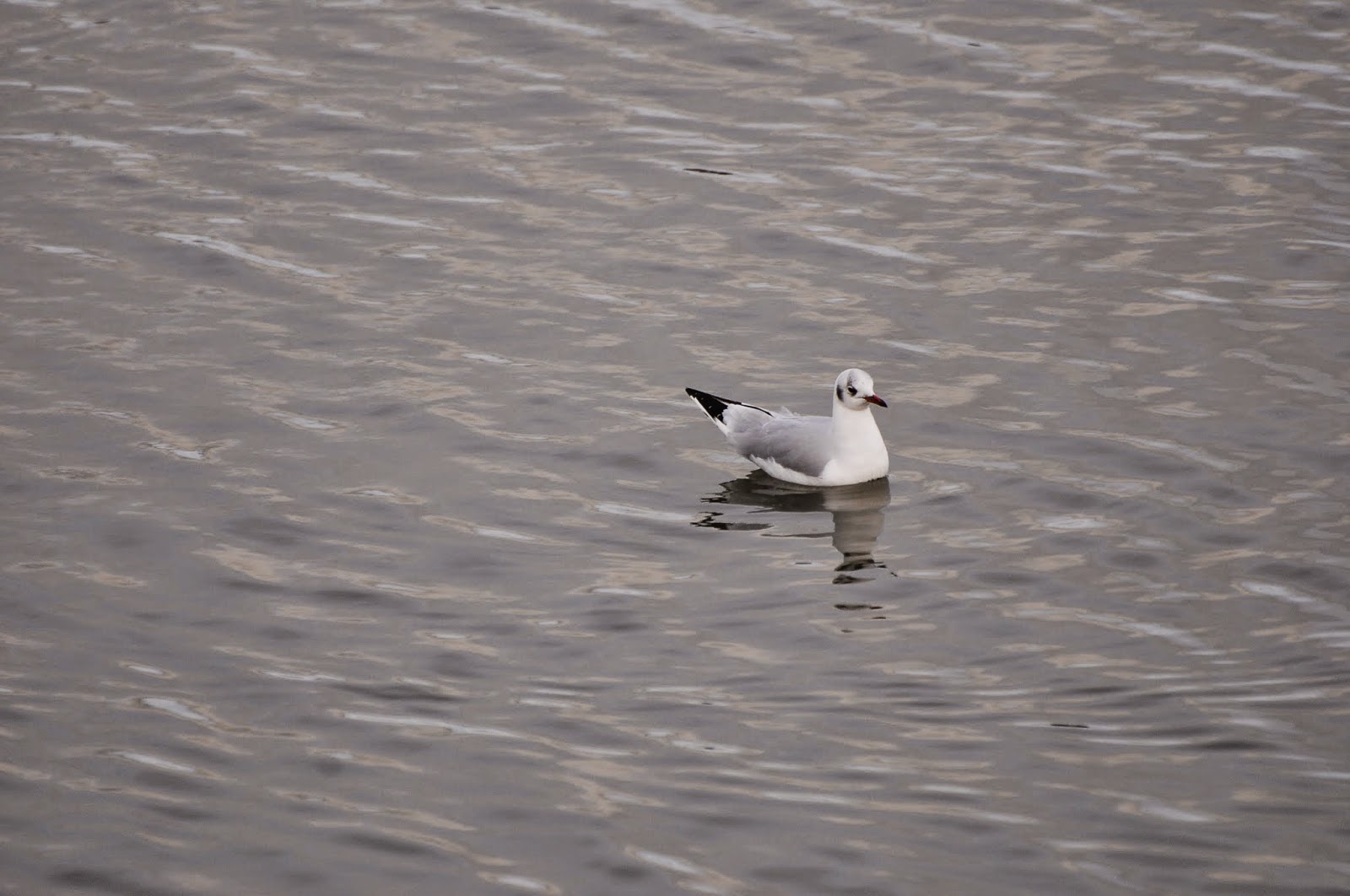 The remainder of the morning was spent slowly making our way to Thornham. Along the way I got my second lifer, Fieldfare (three of them), and several other relatively common birds such as Common Black-headed Gull, European Goldfinch, and Chaffinch. A bit closer to Thornham we found Egyptian Goose (four of them), a rather funny looking bird and a new species for the life list. We also added Bar-tailed and Black-tailed godwits to the trip list, Red-breasted Merganser (or Goosander as they call them in Europe), Common Buzzard, and Pied Wagtail.

Shortly after arriving in Thornham we located my fourth lifer of the day, Pink-footed Goose, and at Titchwell (an RSPB reserve) I added my fifth lifer of the day, Water Rail. Titchwell, despite being windy and cold, had a good variety of birds, including Eurasian Curlew, Common Shelduck, Ruddy Turnstone, Common Redshank, Tufted Duck, Common Pochard, Ruff, Red Knot, Long-tailed Tit, and Little Grebe. By the time we ended our birdwatching at Titchwell (and Simon wouldn't allow me more than 3 minutes in the gift shop), we spent the remaining minutes of daylight searching for the mysterious Gray Partridge, but to no avail. We ended the day by adding Northern Shoveler and Jackdaw to the list, and then headed to Sheringham where we stayed at Hooray Henry's B&B, which was wonderfully quaint and complete with a full English breakfast (except perhaps the black pudding...I tried it, but didn't finish it). Simon and I had dinner at The Lobster, a traditional English pub with excellent steak and kidney pie and good beer to complement it.

The following morning we started a bit late as breakfast wasn't served until 8:00am. By 8:30am we were on our way, this time heading back toward Titchwell and Cley. Based on the stories Simon told me about the number of rarities and birders that visit Titchwell, I thought they should rename it to Twitchwell...and there's no way I'm the first person to jest about this.

Convinced that I wasn't going to get my luggage back (now 4 days since reporting it missing), we made a quick stop at the Titchwell gift shop to pick up a new Collin's bird field guide. The one I brought with me was "lost" in my luggage, and I was heading to Morocco in just five days (at the time assuming my luggage bag was gone for good) Titchwell was the place to buy a new one because it was less expensive (postscript: I got my luggage back late on Dec 23, but my guide was a first edition and the new one I bought was a second edition...for those who know me well, the new guide was clearly not a waste of money as I am a bit of field guide fanatic). 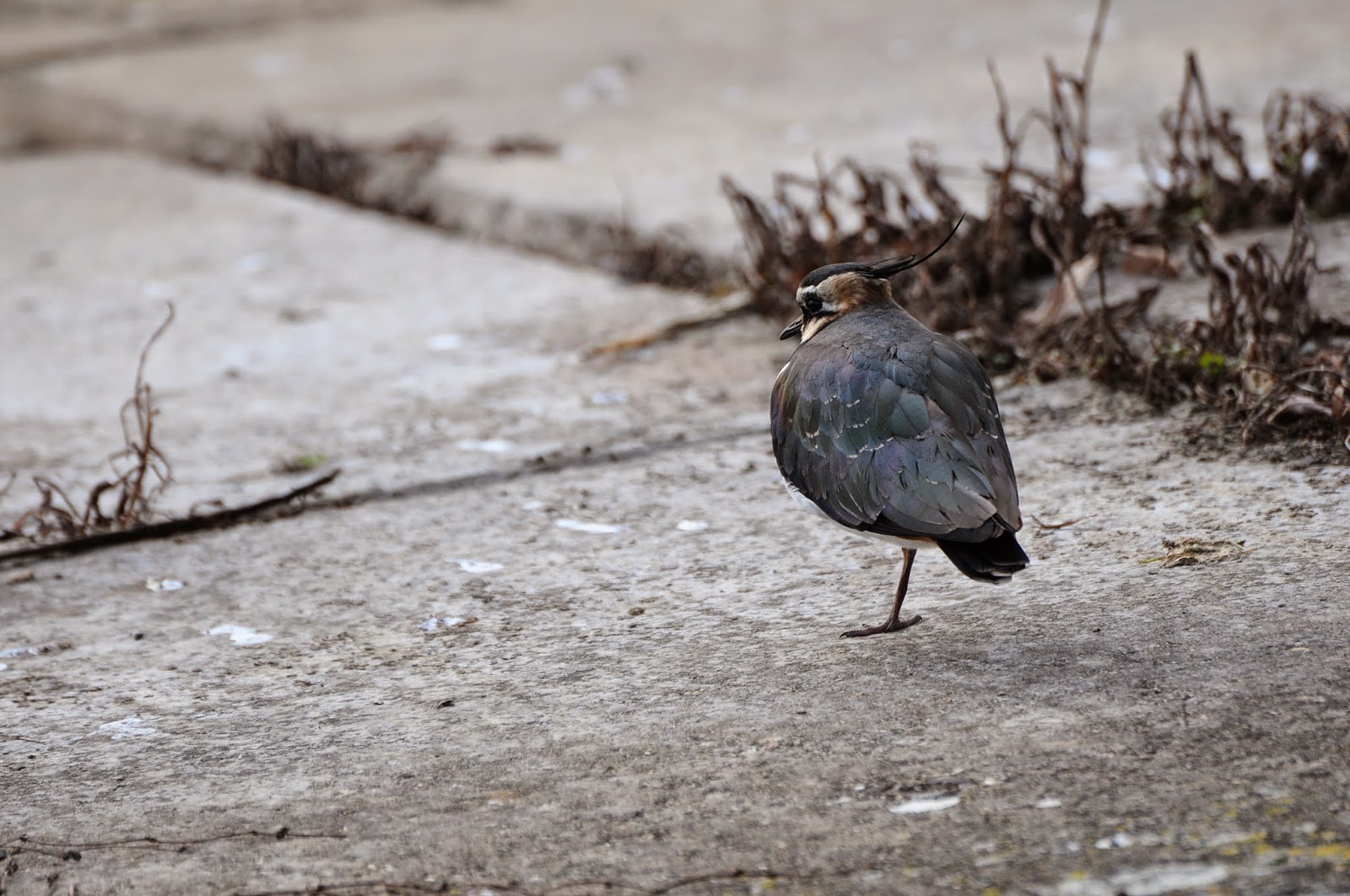 Birds in the Sheringham-Titchwell area included many of the same species we saw yesterday, but we added Eurasian Marsh-Harrier, Eurasian Robin, and Great Cormorant. Simon got a tip on a good bird at Cley, and within 15 minutes of arriving we got it...a small flock of Twite perched close enough for excellent views and my sixth lifer for the trip. Also at Cley we added Reed Bunting and Spotted Redshank. Our next destination was Guyhirn, where after about an hour's drive we found the next target bird, and my seventh lifer for the trip, Bean Goose. The remainder of the day was spent chasing birds with little success. First we scoured some fields near Guyhirn in hopes of finding a small flock of recently seen Common Cranes, but they weren't where we had hoped to see them. We then went to Pitsford Water in hopes of re-sighting a Smew that had recently been seen there, but we dipped. We did add Great-crested Grebe and Common Goldeneye at Pitsford Water, but that was it for new trip ticks. Our next stop was Ravensthorpe Reservoir, again trying to re-locate a recently seen Smew, but we dipped again.

From Ravensthorpe we began the long journey back, making a couple of short stops to check for rarities such as Golden Pheasant, dipping all the way. Our final stop, at Simon's house, had a slight hope of seeing Rose-winged Parakeet, a species that regularly visits his bird feeders. However, by the time we arrived we were into the wee hours of daylight and the birds had apparently headed to their roost for the evening. After saying goodbye, I headed back to Oxford, happy in the fact that I added seven new lifers and had a chance to spend a couple days with Simon.
Posted by Michael Preston at 1:57 PM